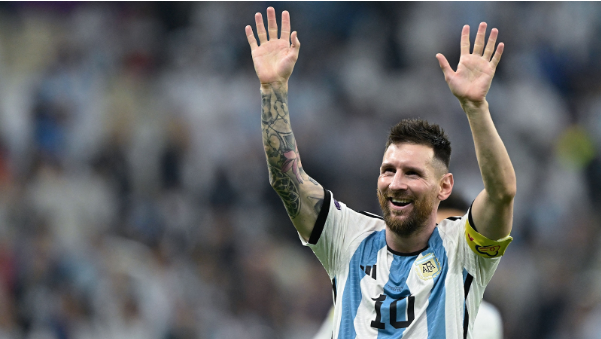 After winning the FIFA World Cup 2022 semi-finals, Argentina is through to the finals. Messi announced that the World Cup final will be his last game.

The FIFA World Cup 2022 semi-finals between Argentina and Croatia ended with the Argentinians winning 3-0. Now that the team is in the finals, Lionel Messi has confirmed what many fans have already speculated.

The upcoming World Cup final will be the final WC game the left-footed genius will ever play. The stakes have increased significantly because this is also Argentina’s chance to win the World Cup since 1986.

Messi will represent the Argentinian team for the 172nd time in the finals, making it a great achievement. The player expressed immense happiness, stating this is the best way to finish the World Cup journey.

The next one will be years later, so the player does not think playing in it is a possibility. Thus, finishing the World Cup race here will be ideal, said the 35-year-old forward.

Messi will play in his fifth FIFA World Cup in 2022. This will put him ahead of Maradona and Mascherano, who both played in four WCs. The player also topped Gabriel Batistuta to become the top Albiceleste goal scorer at the World Cups with 11 goals.

Despite breaking several records, it seems that Messi is primarily focused on winning the tournament. The player said that establishing records is well and good, but it is pivotal to reaching the group goal. Now that Argentina is only one win away from the title, every team member is ready to give their 100%.

With their sixth World Cup appearance, the national team may finally win the championship they have been seeking since 1986. However, given that they will either play France or Morocco, the competition is expected to be quite difficult.

France has been the best offensive team in the World Cup, while Morocco has been the strongest defensive squad. Consequently, regardless of whatever side advances to the final, Argentina has their job cut out for them.

The match will take place today at 19:00 GMT in the Al Bayt Stadium. On paper, it seems that Argentina vs. France in the finals is the most probable result. However, Morocco has proven its worth time and time again in the World Cup, making the competition severely stiff.

What New is Happening in the Field of Education?